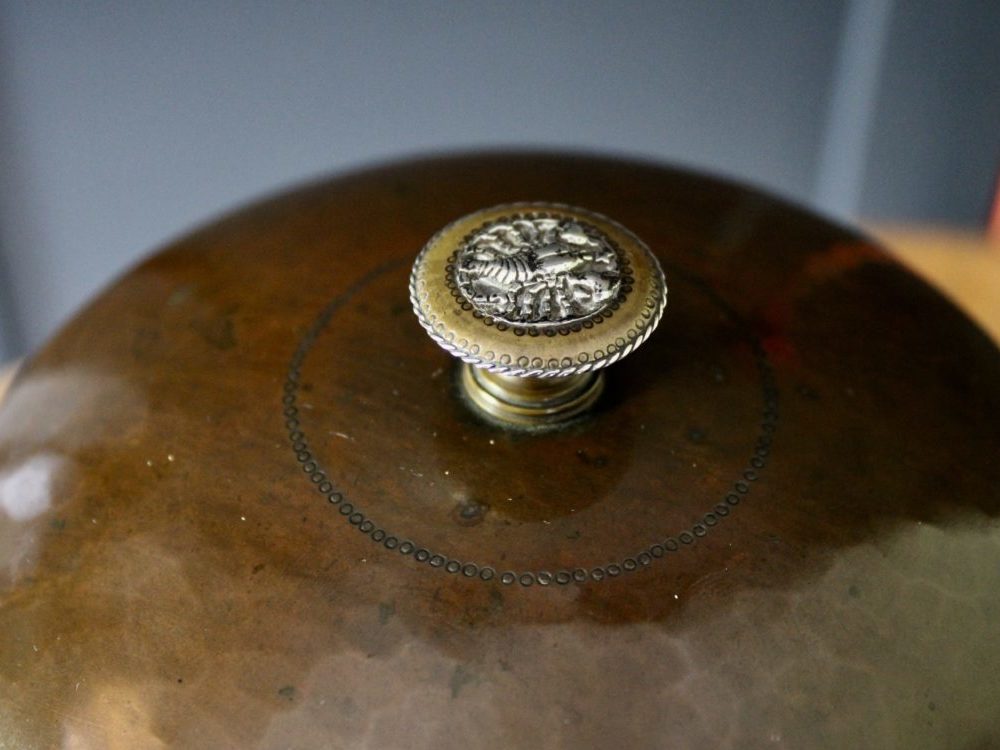 The Artificers’ Guild was formed by Nelson Dawson and Edward Spencer in 1901. The Guild was inspired by the Arts & Crafts movement and was to be one of the longest lasting and most commercially successful ventures. Both men were able designers and highly skilled craftsmen who worked in many different metals. They also employed the skills of a blacksmith, Walter Spencer, to execute their wrought ironwork.

Two years after forming the Guild was purchased by Montague Fordham who had previously been a director at the Birmingham Guild of Handicraft. The Guild moved to the Fordham gallery on Maddox Street in London. Nelson Dawson left the firm at this time and Edward Spencer became the main designer. The Fordham Gallery also exhibited works by other well known figures in the Arts & Crafts movement including John Paul Cooper, Henry Wilson and May Morris. Certainly John Paul Cooper had some connection with the firm, possibly designing for them and having pieces made by the Guild. Edward Spencer’s designs often look heavily influenced by John Paul Cooper’s work who in turn was influenced by Henry Wilson.

The Guild eventually moved to Conduit Street in London where it remained until it’s closure in 1938. The metalwork and jewellery designs of Edward Spencer and other known designers like John Houghton Maurice-Bonnor were very successful. The work regularly featured for in The Studio and was exhibited widely.

Surprisingly, the history of the Guild is not well documented. However, the Goldsmiths’ Company does have an excellent archive of the beautifully drawn designs of the firm at Godsmiths’ Hall in London. 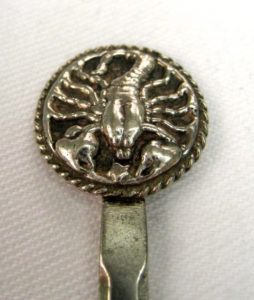