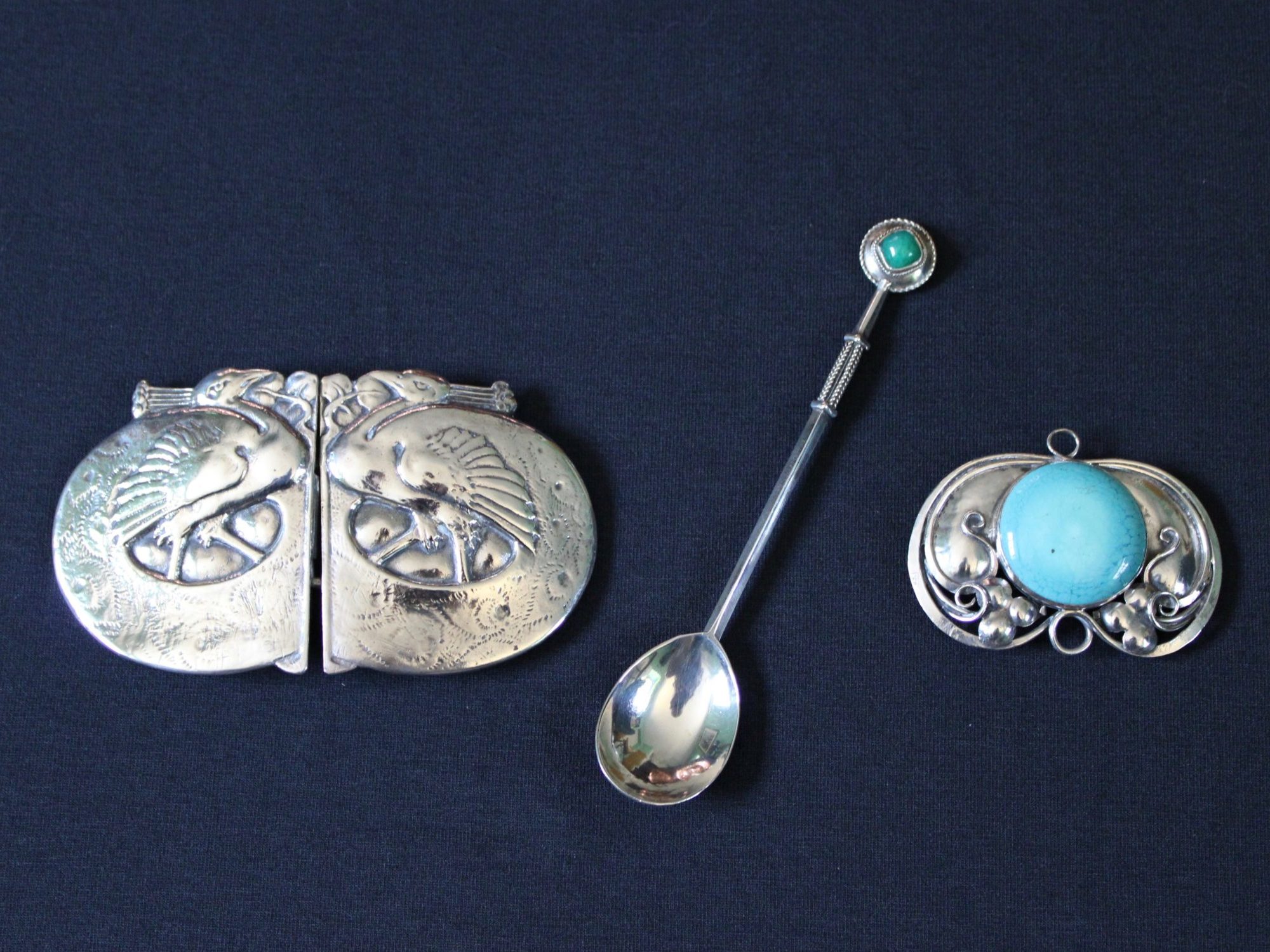 Bernard Cuzner started out apprenticed to his father who was a watchmaker but within a few years decided to move on to Silversmithing. He took up evening classes at the Vittoria Street School for Jewellers and Silversmiths under the direction of Robert Catterson Smith. At the school, Cuzner would have met and been influenced by a number of well known figures in the Arts & Crafts world, including Arthur Gaskin and Albert Edward Jones. Around 1902 Cuzner began designing and making pieces for A E Jones but soon moved on to set up his own successful workshops making jewellery and metalwork very much in the Arts and Crafts tradition.

In 1910 he was appointed Head of Metalwork department at the Birmingham School of Art in Margaret Street, a position he held until retirement in 1942. It is also known that Cuzner designed pieces for Liberty & Co throughout his career, although it’s not clear exactly when this started or ended.

Cuzner wrote a few books on the art of Silversmithing and I think this quote from one of these books best sums up his work, “A true craftsman, one who’s work is his own conception and for the execution of which he is directly responsible, puts all his being, body, mind and spirit into his work“. 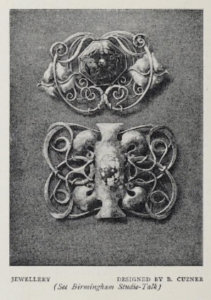