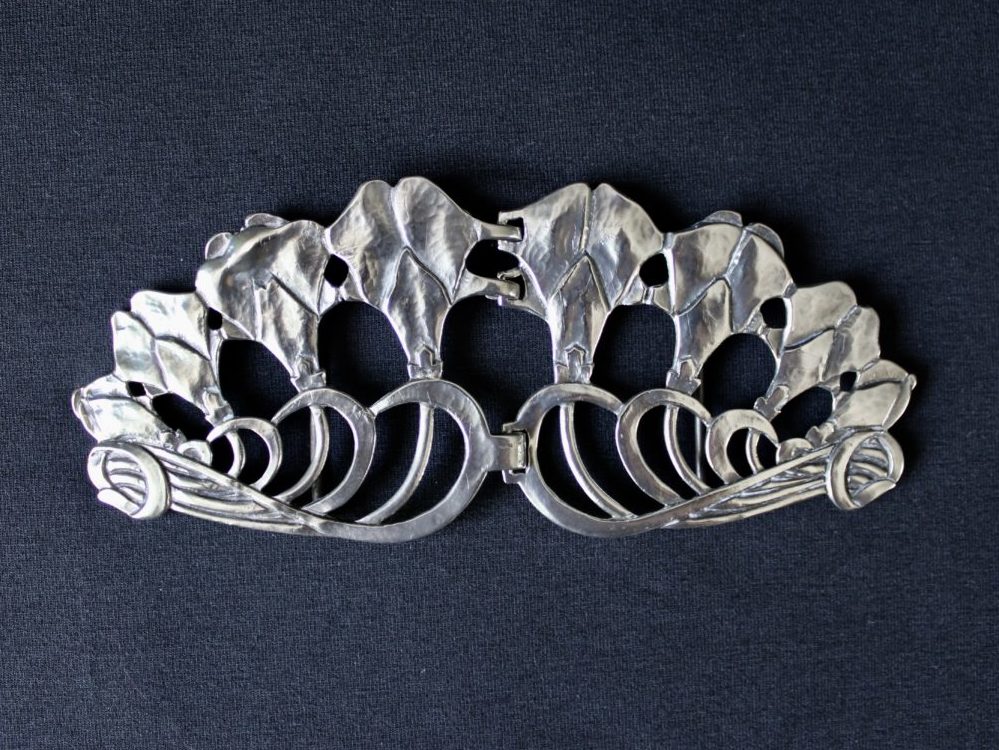 The Birmingham Guild of Handicraft was formed in 1890 and followed the Arts and Crafts principles of John Ruskin and William Morris. The Guilds motto was “By Hammer and Hand” which is very apt.

The Guild grew from a fairly loose organisation into a limited company with it’s own independent workshop by 1895. One of the first directors was Montague Fordham who later bought the Artificers Guild. Claude Napier-Clavering also became a director and designer for the Guild. The main designer was Arthur Dixon who was both an architect and metalworker. His designs were typically very simple with a hammered finish and rivets. Silver pieces were often set with semi-precious stones. The Guild had help from Edward. R. Taylor, a key figure at the Birmingham School of Art. Members of the Guild included Albert E Jones, Thomas Birkett, Arthur Fowler, John Webster and A.E. Williams.

In 1910, the firm joined with E & R. Gittins Company and became a much more commercial venture making predominantly architectural metalwork.