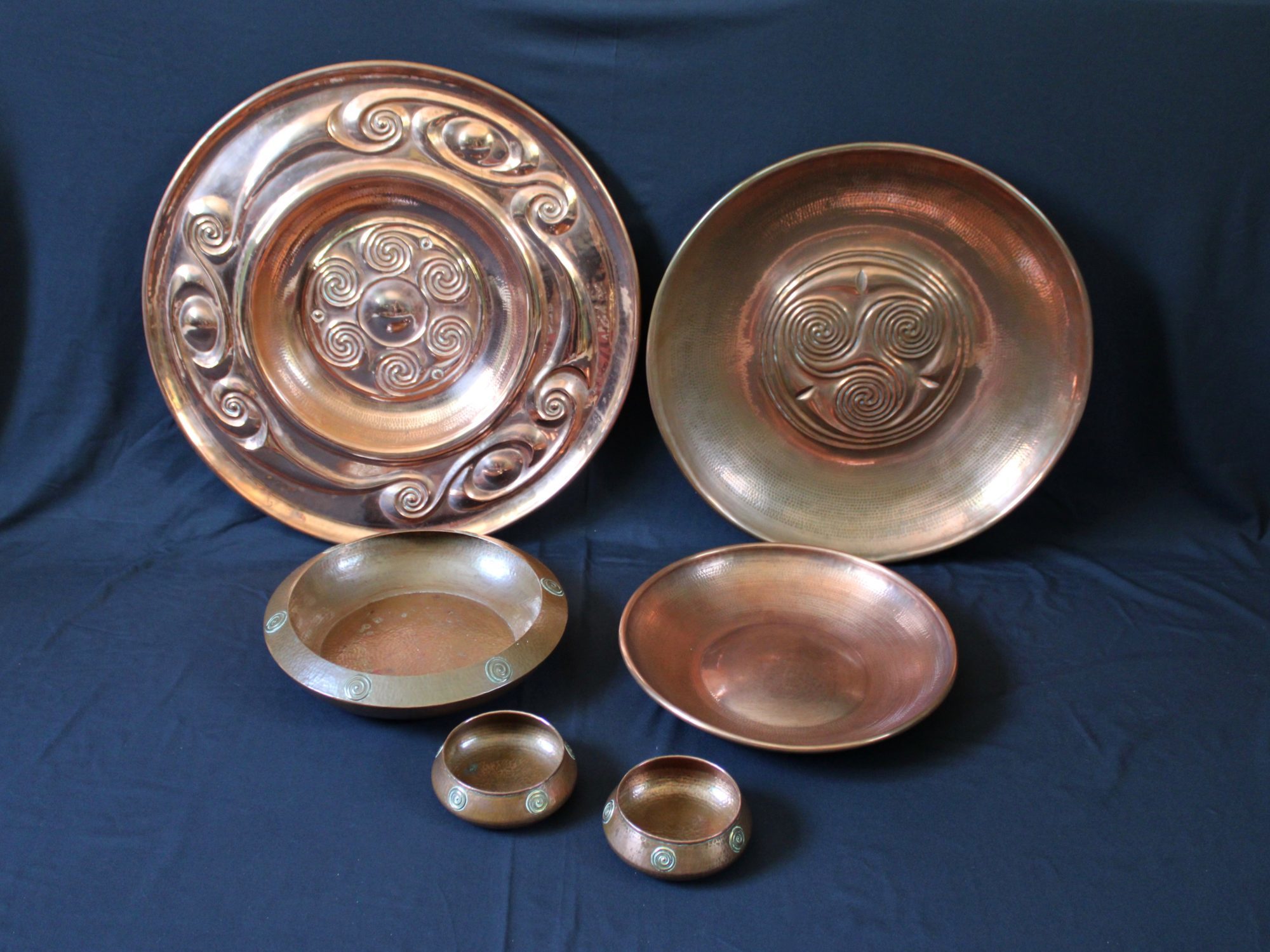 Francis Cargeeg is gradually becoming more widely known thanks to the recent publication of Cornish Art Metalwork by Colin Pill. He was a very interesting character who produced a small output of hand wrought copper and brass items in a Celtic style.

Based in Cornwall, Francis started producing his own metalwork from the late 1930’s after working for a short time with other known Cornish metalwork producers, J & F Pool and Charles Eustace. He was heavily influenced by the history of Cornwall and in particular the Celtic history. He was actively involved in the Cornish Gorsedd which celebrates the Celtic Cornish culture.  Francis made much of the metalwork used in the annual ceremonies. He exhibited works at the Red Rose Guild in Manchester in 1950 and 1951. He also exhibited alongside Barbara Hepworth and David Leach at St Ives in 1948.

Francis limited the number of designs he produced so that he could master his art. Some, but not all, pieces are inscribed with a “treskele” which is a simplified Celtic symbol. The link below will take you to a fascinating video of Francis Cargeeg from the late 1950’s: 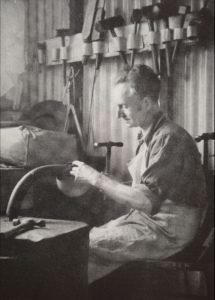