The story of Jesson, Birkett & Co starts with Faulkner Bronze Company. It was formed in formed in 1901 by the Directors, Fred. G. Faulkner, Thomas Birkett and Arthur. G. Jesson.

Thomas Birkett was a former member of the Birmingham Guild of handicraft and he was joined at Faulkner Bronze Company by other former Guildsmen, John Webster and A. E. Williams. Also at Faulkner Bronze was Spencer Humphrey, known for his repousse work, and designers, Bert Harvey and Anne Grisdale Stubbs. Anne was a star pupil and gold medallist at the Birmingham School of Art. She later married Thomas Birkett.

The firm was reconstituted as Jesson, Birkett & Co in 1904 when Fred Faulkner retired. The firm continued to make the most exquisite copper and mixed metal inkwells, cigarette boxes and light fittings, often using older Richard Llewellyn Rathbone designs. Anne G. Stubbs was clearly a key designer for the firm and her work was often illustrated in The Studio. The firm tended to use either enamels or Ruskin Pottery roundels for decoration.

Albert Edward Jones knew Thomas Birkett from his days at the Birmingham Guild of handicraft. He also knew Anne Grisdale Stubbs from the Birmingham School of Art. There is definitely a period between 1904 and 1910 where Jones was making many of Jesson. Birkett & Co’s designs although the full nature of the business relationship is not well understood. 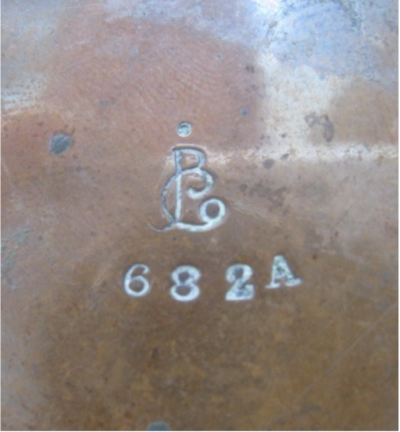