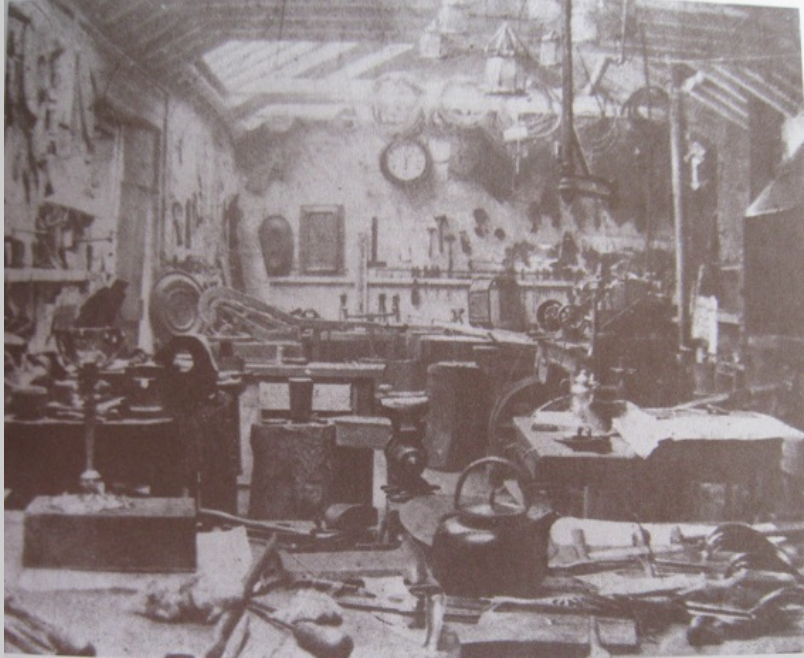 The image above shows Richard Llewellyn Rathbone’s workshop, circa 1898. Rathbone is one of my favourite designers and metalworkers. He was a relation of other well known Arts and Crafts figures including the distinguished metalworker, W.A.S Benson, and Harold Rathbone who ran Del Robbia Pottery.

Rathbone set up his own workshop and taught in the metalworking class at Liverpool University from 1898 to 1903. He later moved to London where he served as the director of the Art School of the Sir John Cass Technical Institute. As well as producing his own designs, He also made metal fittings for other designers including C.F.A. Voysey, A.H. Mackmurdo and Heywood Sumner.

Rathbone sold many of his designs to Faulkner Bronze Company that were eventually to become Jesson Birkett & Co. They continued to make some of his earlier designs between 1902 and 1910.

Rathbone moved away from the Arts and Crafts style around 1905 and the early marked pieces are rare and much sought after. 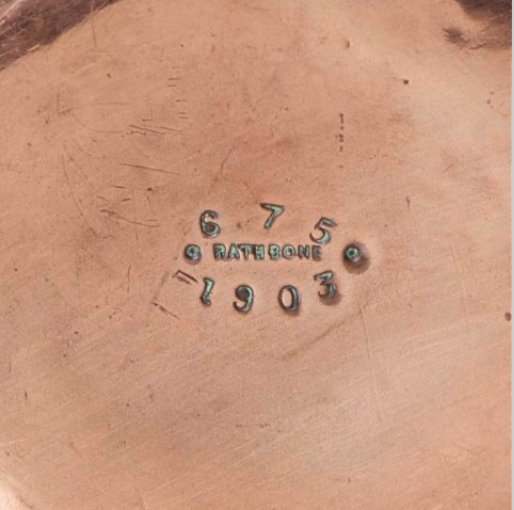