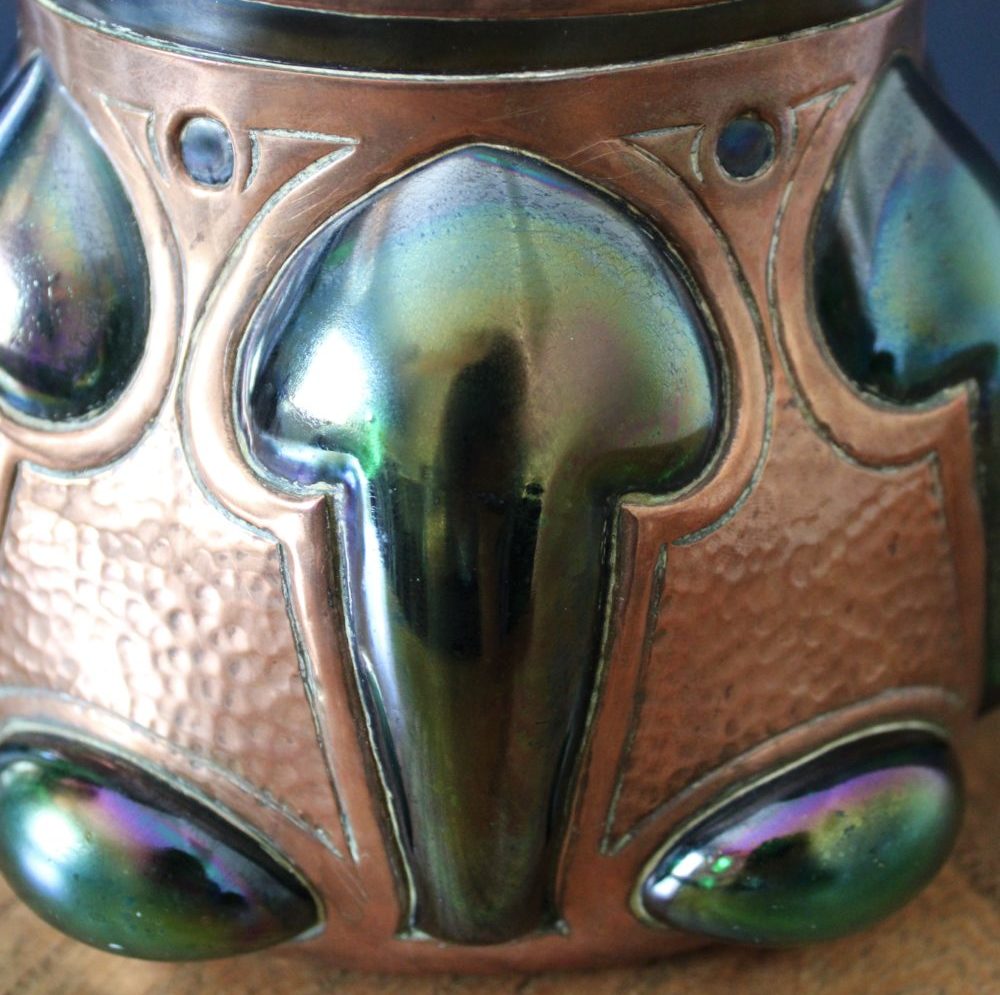 The Faulkner Bronze Company was formed in 1901 by the Directors, Fred. G. Faulkner, Thomas Birkett and Arthur. G. Jesson. They were listed as Art Metalworkers in September 1901 based in Tenby Street, Birmingham.

Thomas Birkett was a former member of the Birmingham Guild of handicraft and he was joined at Faulkner Bronze Company by other former Guildsmen John Webster and A. E. Williams. Also at Faulkner Bronze was Spencer Humphrey, known for his repousse work, and designers, Bert Harvey and Anne Grisdale Stubbs. Anne was a star pupil and gold medallist at the Birmingham School of Art. She later married Thomas Birkett.

The firm produced the most fantastic light fittings, copper wares and Loetz style glass wares enclosed in copper under the “Cobral Ware” mark, a process they patented in 1901.

In 1902 the firm purchased all of the designs, drawings and templates relating to the cabinet handles and hinges from Richard Llewellyn Rathbone. They also purchased the designs for some light fittings and Rathbone’s trademark of St Dunstan.

The firm only lasted for a few years and was reconstituted as Jesson Birkett & Co Ltd in 1904 when Fred Faulkner retired. 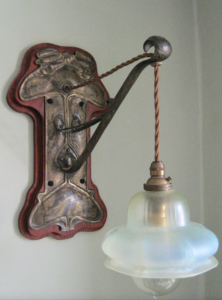