The Home Arts and Industries Association was a key part of the Arts and Crafts movement in Britain. It was formed in 1894 by the social reformer, Eglantyne Louisa Jebb, and it’s mission was to revive traditional crafts to help overcome poverty in rural areas.

The association set up art studios at Langham Place in London but it also successfully set up craft courses all over the country. By 1889 it had 450 classes, 1000 teachers and 5000 students. Most of the administrative work was done by middle class and aristocratic people and the association was supported by many well know figures including A.H. Mackmurdo and Walter Crane.

The first annual exhibition was held in 1895 and by 1898 it was successful enough to be held at the Royal Albert Hall. The exhibitions continued until 1913. Key schools and classes that exhibited include the Yattendon Metalworking Class from Berkshire, the Newlyn Industrial Class, the Keswick School of Industrial Art and the Newton Class from Cambridge.

My personal favourite is the Yattendon Metalworking Class started in 1895 by Elizabeth Waterhouse, the wife of Alfred Waterhouse, an architect and artist. The school produced repousse work in brass and copper and most of the designs were completed by Mary Waterhouse or other family members. The designs were predominantly drawn from nature. The class was reasonably successful with a village shop selling the wares and many items exhibited at the annual Home Arts and Industries exhibitions. The class also sold pieces to Liberty & Co. The class ended with the start of the first world war. 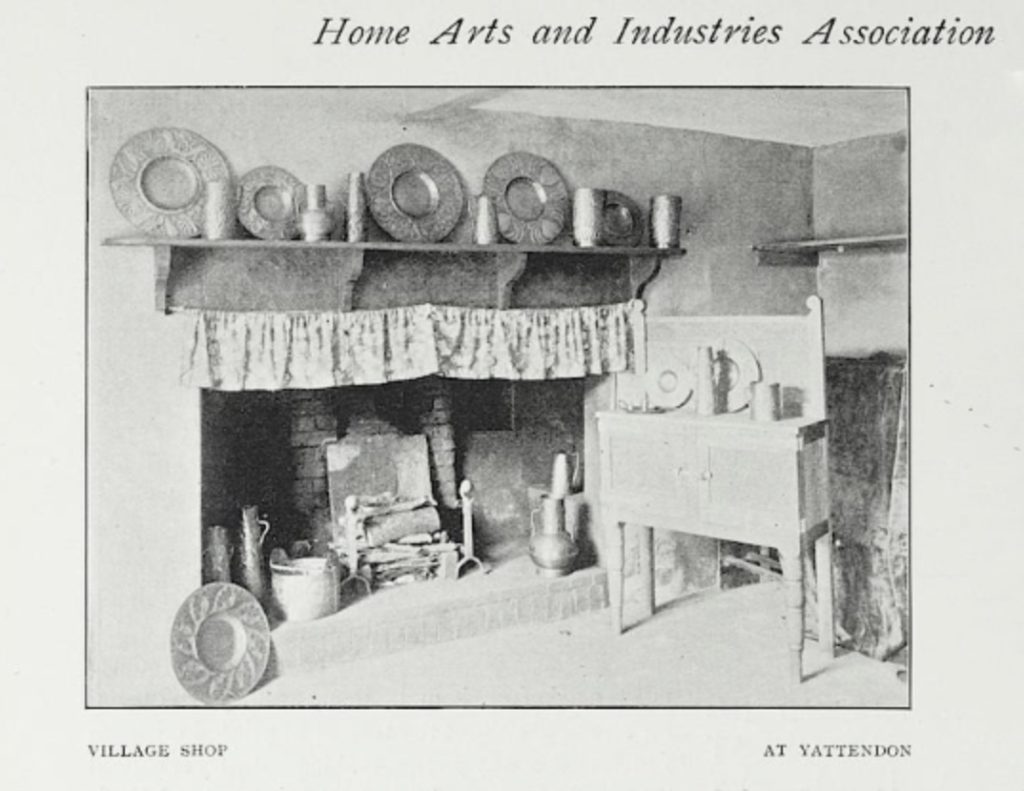