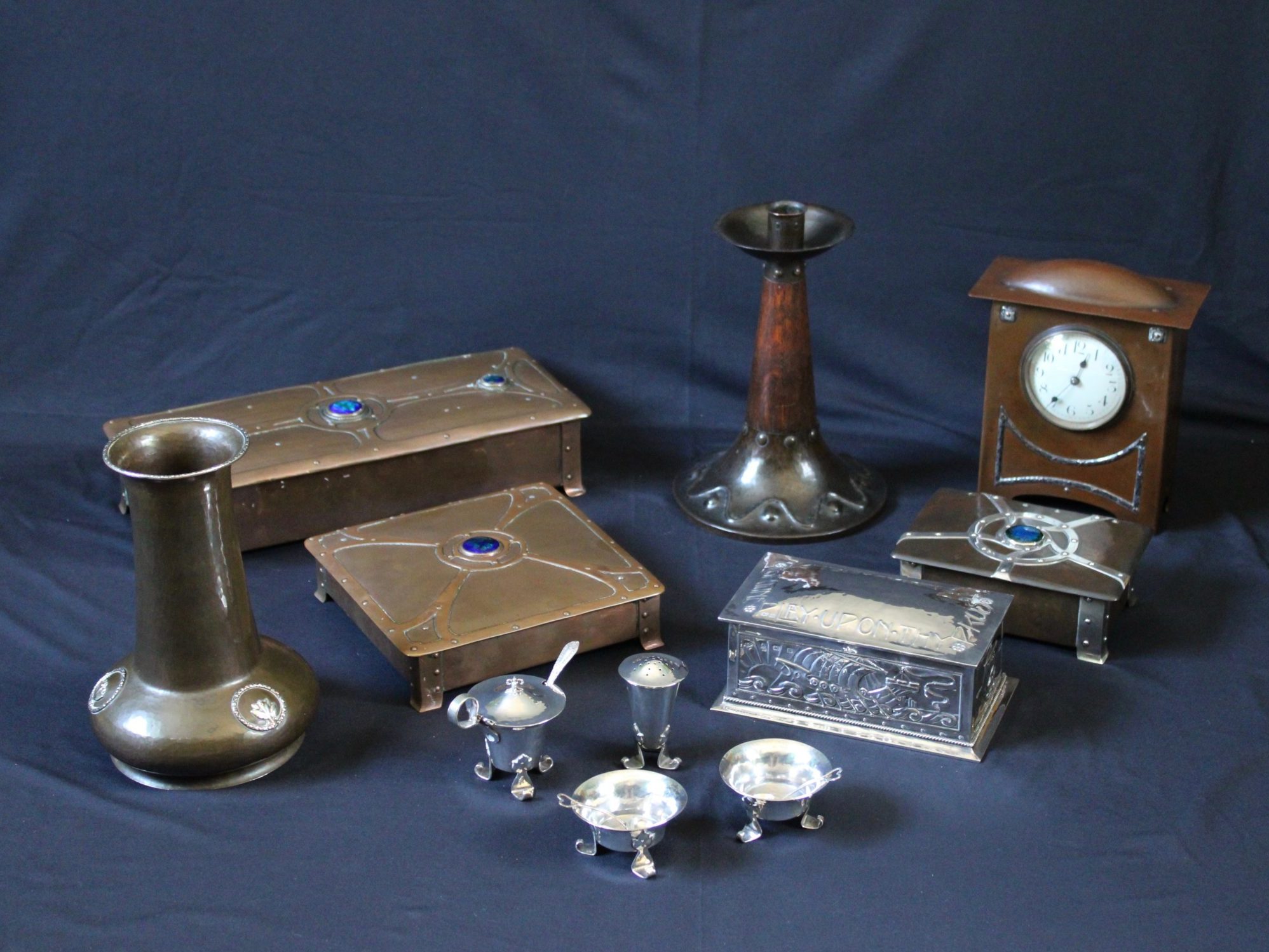 By 1902 he had his own premises and employed a handful of skilled craftsmen. Between 1902 and 1905 the firm produced the finest silver and copper work, very much in the Arts and Crafts style and almost always hand planished. It’s clear that Jones also knew Howson Taylor who ran the Ruskin Pottery. Many early pieces by Jones are mounted with Ruskin pottery roundels.

In 1905 the firm moved to larger premises at Windmill Street, Birmingham. It was around this time that Jones became very closely linked with the firm of Jesson Birkett & Co. Jesson Birkett & Co was run by a former Birmingham Guild member, Thomas Birkett. Thomas had purchased many of Richard Llewellyn Rathbone’s designs and patination processes and also utilised some excellent designers such as Anne Grisdale Stubbs and Bert Harvey. From 1905 to 1910 it appears that both firms made many of the same designs.

The firm of A E Jones ltd continued to be commercially successful up until the 1990’s but it is the early designs which have really stood the test of time. 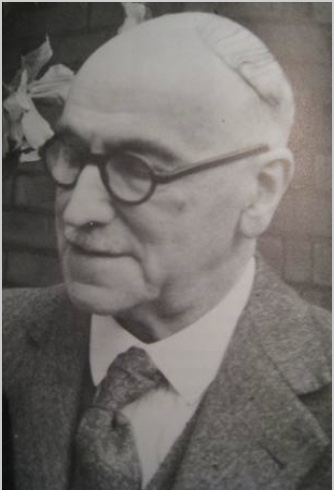